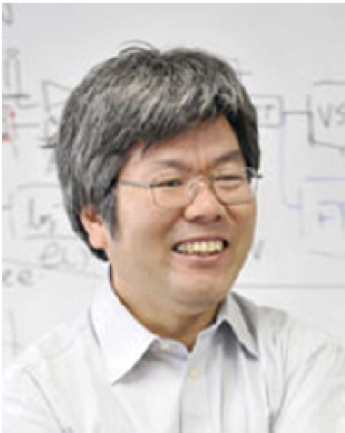 Minoru Okada (Member, IEEE) received the B.E. degree in communications engineering from the University of Electro-Communications, Tokyo, Japan, in 1990, and the M.E and Ph.D. degrees in communications engineering from Osaka University, Osaka, Japan, in 1992 and 1998, respectively. In 2000, he joined the Graduate School of Information Science, Nara Institute of Science and Technology, Nara, Japan, as an Associate Professor and became a Professor. From 1993 to 2000, he was a Research Associate with Osaka University. From 1999 to 2000, he was Visiting Research Fellow with the University of Southampton, Southampton, U.K. His research interest is wireless communications, including WLAN, WiMAX, CDMA, OFDM, and satellite communications. He is a Member of the Institute of Television Engineers of Japan, the Institute of Electrical, Information, and Communication Engineers (IEICE) of Japan, and the Information Processing Society of Japan. He was the recipient of the Young Engineer Award from IEICE in 1999. 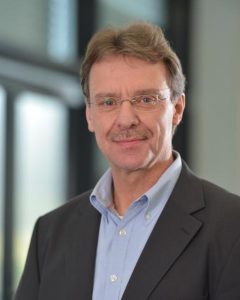 Ulrich Rückert received the Diploma degree in Computer Science and a Dr.-Ing. degree in Electrical Engineering from the University of Dortmund, Germany, in 1984 and 1989, respectively.

From 1985 to 1992 he worked on microelectronic implementation of neural networks at the Faculty of Electrical Engineering (University of Dortmund).

From 1993 to 1994 he was Professor at the Technical University of Hamburg-Harburg, Germany, heading a research group on Microelectronics.

In 1995 he joined the Heinz Nixdorf Institute at the University of Paderborn, Germany. As a Full Professor he was head of the research group ‘‘System and Circuit Technology’’. The group was working on innovative circuit design and development of microelectronic systems for massive-parallel and resource-efficient information processing.

From 2001 to 2014 he was Adjunct Professor of the Faculty of Information Technology, Queensland University of Technology, Brisbane, Australia.

In 2008 he received the first Innovation Award of Northrhine-Westphalia, Germany (together with his colleague Prof. Noé).

Since 2009 he is Professor at Bielefeld University, Germany. His research group “Cognitronics and Sensor Systems” is member of the “Cognitive Interaction Technology – Cluster of Excellence”. His main research interests are now neuromorphic nano-architectures, embedded systems, and cognitive robotics.

He has authored or coauthored more than 250 journal and conference publications. 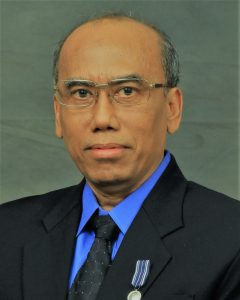 Titon Dutono was born in Surabaya, Indonesia, in 1960. He received a B.S. degree in telecommunication engineering from Sepuluh Nopember Institute of Technology, Surabaya, Indonesia in 1985, Master and Doctor of Engineering degrees in electrical engineering and computer science from Kumamoto University, Kumamoto, Japan in 1994 and 1997, respectively. From 2002 to 2008, he was a Principal of the Electronics Engineering Polytechnics Institute of Surabaya (EEPIS). From 2008 to 2016, he has been appointed as Deputy Director-General for Spectrum Policy and Planning, Ministry of Communication and Information Technology, Republic of Indonesia. He also in charge as the head of the Indonesian delegation during the ITU regulatory meeting in Genève and other venues. Since 2017 he came back to the campus as an associate professor in the Electrical Engineering Department of EEPIS. He is a member of IEEE – Education Society. He is also very active in International Amateur Radio Union (IARU) as the coordinator of the radiofrequency monitoring system IARU Region 3. His topics of interest are signal processing, radio communication, telecommunication regulation, and teaching methodology. 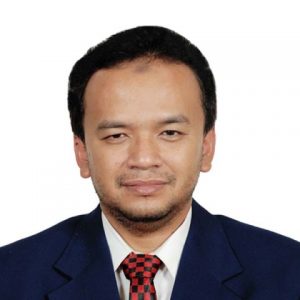 DENNY SETIAWAN,  born in Ciamis, West Java (1971), holds the position of  Director of Spectrum Policy and Planning, Directorate General of Resources and Standard, Ministry of Communications and Informatics since January 2018.

Since joining the office in 1995, Dr. Setiawan has involved in various cooperative relationship which includes satellite and frequency co-ordination, and also international forum. Moreover, he has been also involved in the group on formulating the spectrum policy and planning of 5G, IoT, Satellite, Wireless Broadband and Digital Broadcasting in Indonesia. In international forum, he successfully led the Indonesian Delegation in WRC-19 in Sharm el Sheik, Egypt to extend the regulatory period of 3 satellite filings in Indonesia. 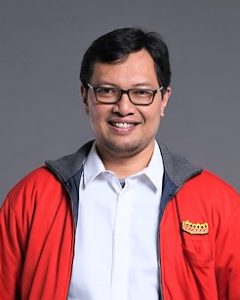 Mr. Bayu Hanantasena was appointed as the Chief Business Officer of Indosat Ooredoo in February 2020. He currently also serves as President Director of PT. Artajasa Pembayaran Elektronis (2017-present).
Mr. Hanantasena started his career in Indosat in 1993 and over the years has held various senior management positions, including positions in Technology Strategy Development, Business Strategy, Corporate Planning, Investor Relations, Head of Region as well as National Commercial Operations. From 1996-2000, he also served as member of the Secretariate of the Board of Commissioners of PT Telekomunikasi Selular (Telkomsel). In 2014, he was appointed as Director of Business of PT Artajasa Pembayaran Elektronis (Indosat Group), advancing his career in the Company to his current position as President Director.

Mr. Hanantasena earned his Bachelor’s Degree in Electrical Engineering from Institut Teknologi Sepuluh Nopember (ITS), Indonesia and his Master degree in Management of Technology from Sloan School of Management, MIT, United States. He also holds a Diploma in Telecommunication Management from C&W College, United Kingdom